Based in the North Cotswolds, but influenced by Celtic music from around the UK and beyond, Brimstone’s style is a wonderful combination of different genres, trad and contemporary. This creates a beautiful sound which simply makes you feel great.

In 2021 Brimstone were invivted back to Bromyard Folk Festival and played live on line for Oxford Folk Weekend.

During 2019, the band have played at Bromyard Folk Fesitval,,Gloucester Folk Trail, Malvern RHS Show and played many private events—ceilidhs and background music. Brimstone has  had a regular monthly gig at the Noel Arms Hotel, Chipping Campden.   In 2018, Brimstone was invited back to the Malvern Spring and Autumn Shows, played at Oxford Folk Weekend, the Seabrights Arms Worcester, Worcester Museum and Art Gallery, Radnor Fringe Festival and Tintern Fete.

In 2016, Brimstone formed as a band and were on stage at the Cotswold Living Landscape Festival and headlined at HanFest in Hanwell, Oxfordshire.

There is a special energy that emerges from Brimstone which is based on years of playing together, friendship, fun, and a desire to entertain. 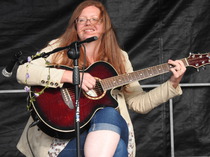 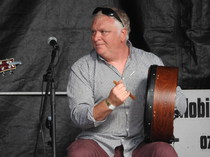 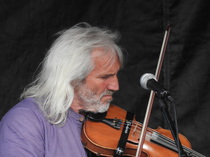 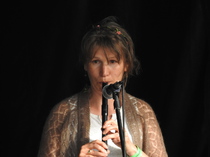 Keith Finlay has many years experience of fiddle playing at ceilidhs, weddings, parties and public gigs. Keith is a fine player of celtic music and plays with a twinkle in his eye.

Mike Beeston is the bodhran player in the band, providing one of the main foundations for the rhythm and sound.  Mike also has an ear for a tune and is a strong vocalist, delivering lively songs with a  sense of fun.

Clare Charlton has been playing the whistle for over 14 years. She enjoys flowing harmonies and fast jigs. She can't usually smile when playing—but would, given a chance! Clare is also the caller for the band, she has been described by many as a ‘patient’ caller but does like to add a bit of fun!

Sarah Edwards, naturally smiling with exquisite guitar playing and a sublime lilting voice is a multi-instrumentalist. She also plays the viola, piano, accordion, and whistle. 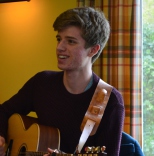 Our previous band member Jon Doran is a talented musician and vocalist. In 2019, Jon was a finalist at the BBC Radio 2 Young Folk Award. He now plays as a duo with Janice Burns (Balter) and has supported The East Pointers during one of their UK tours. Find out more about Jon by visiting his website: https://www.jondoranmusic.co.uk/

Get social with us.